Following on from the previous post, the bush is extremely dry with the continuing drought, and the number and range of moths to the light was well below par. Just one sizeable moth came in briefly, a Monoctenia, but it quickly flew off into the night and didn’t return. The Painted Cup Moth, Doratifera oxleyi (Limacodidae) is flying at the moment with females coming to the light. 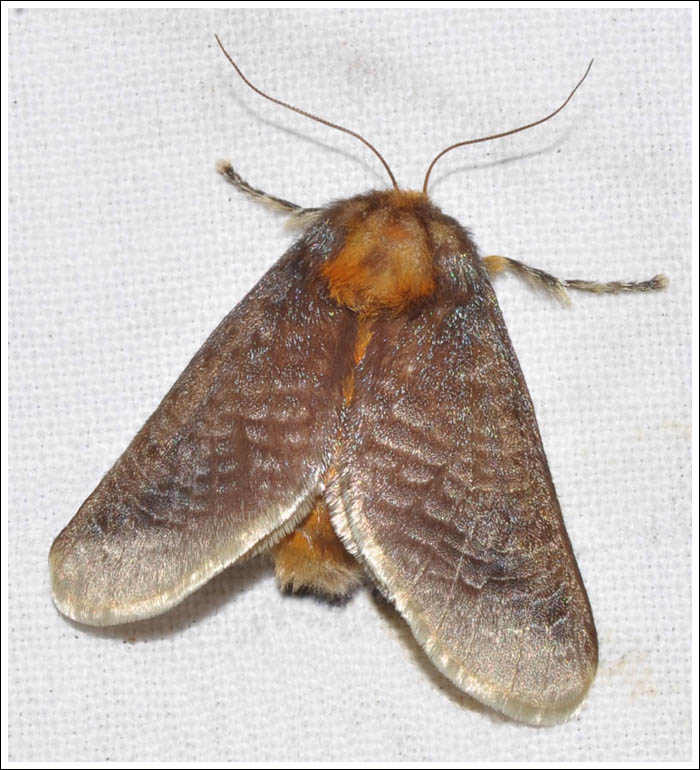 The male is quite different, here is one from a previous occasion. 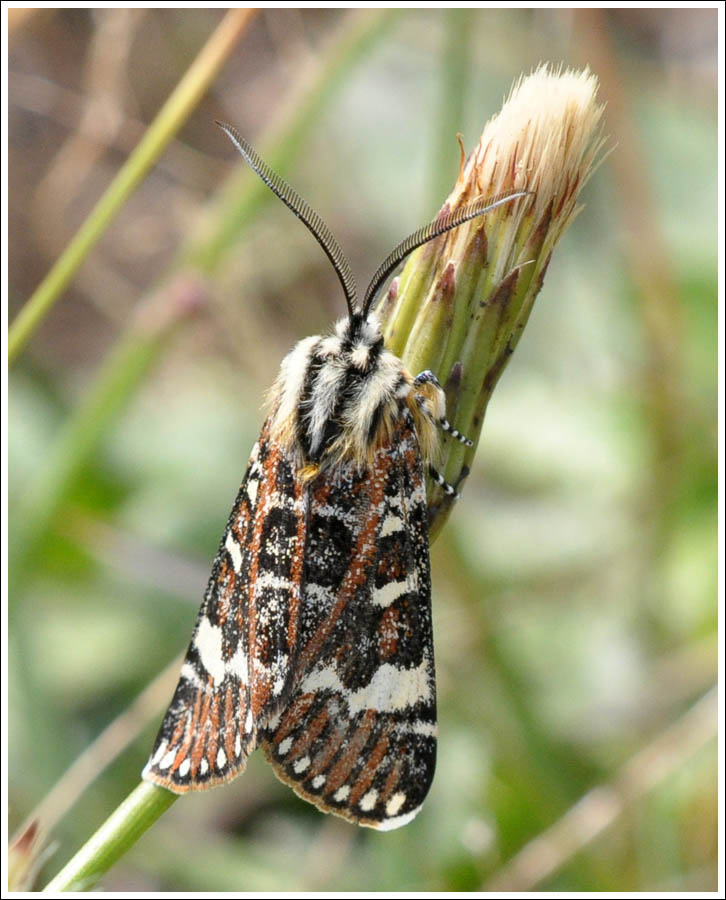 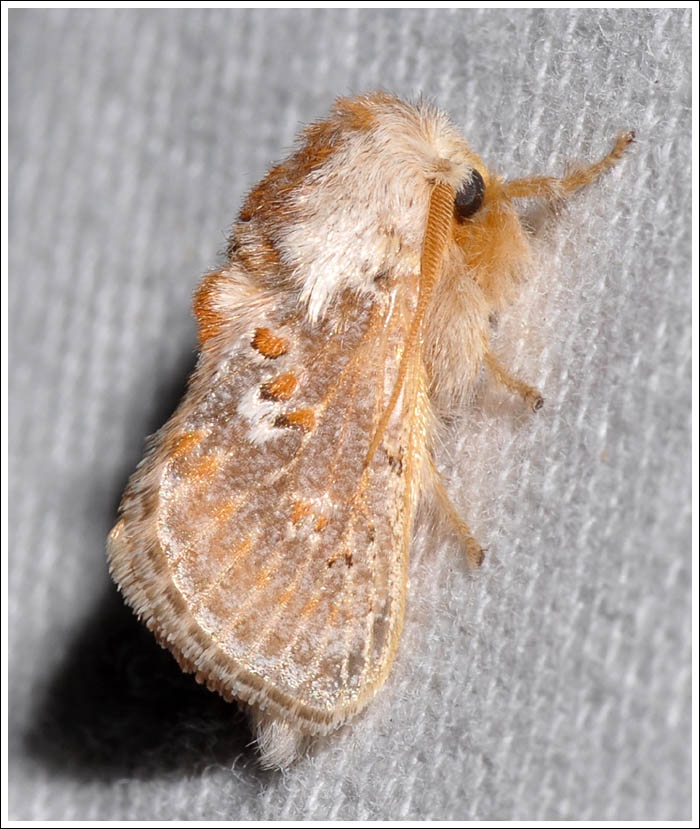 Pyralids were among the most numerous at the light. Salma species can be most attractive with their neat and tidy appearance featuring subtle colours and patterns. 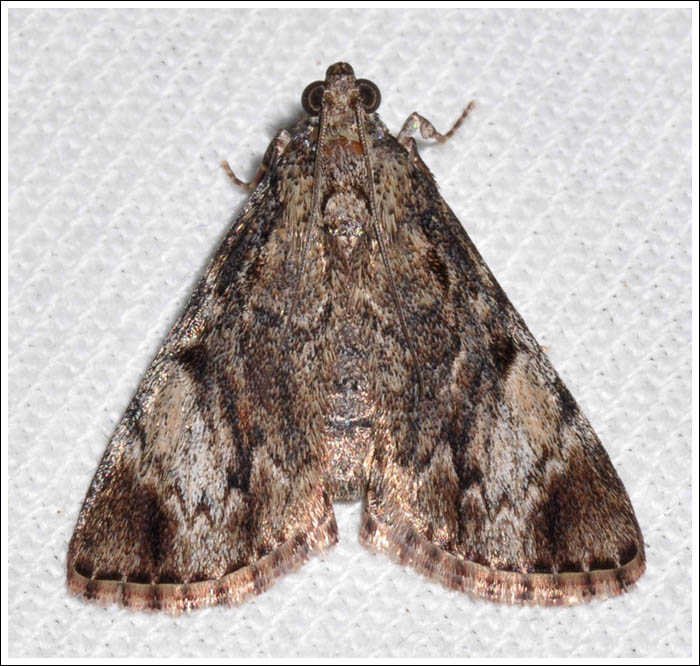 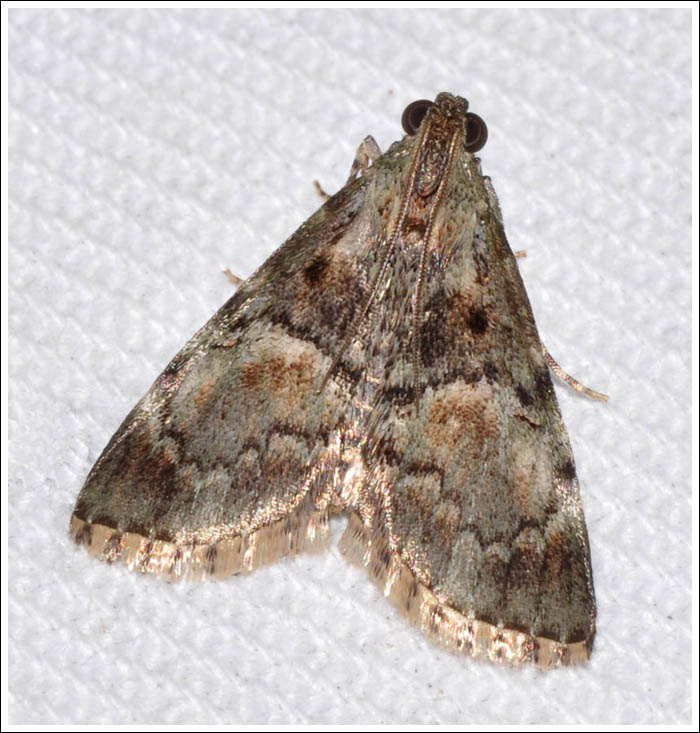 Larvae of the Jagged Bark-moth, Lipogya exprimataria, (Boarmiinae) feed on foliage of Exocarpos cupressiformis. A large tree stands near the mothing spot, and the adults have been regular at the light during flight months, April being the peak time. 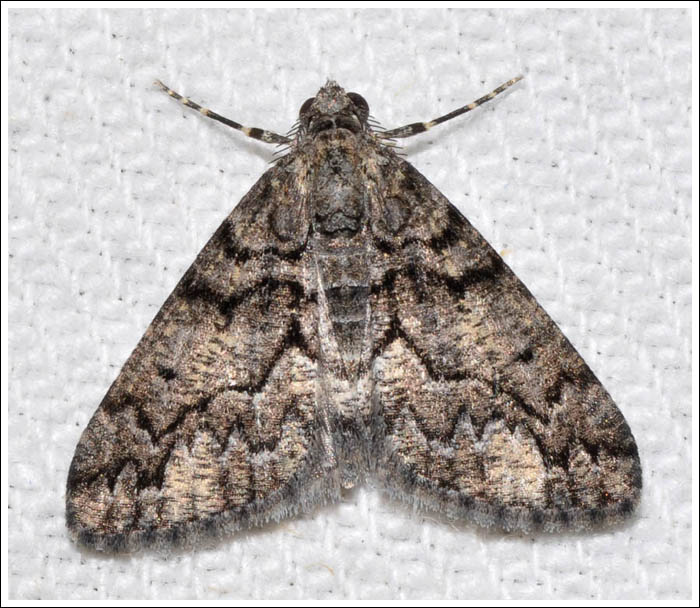 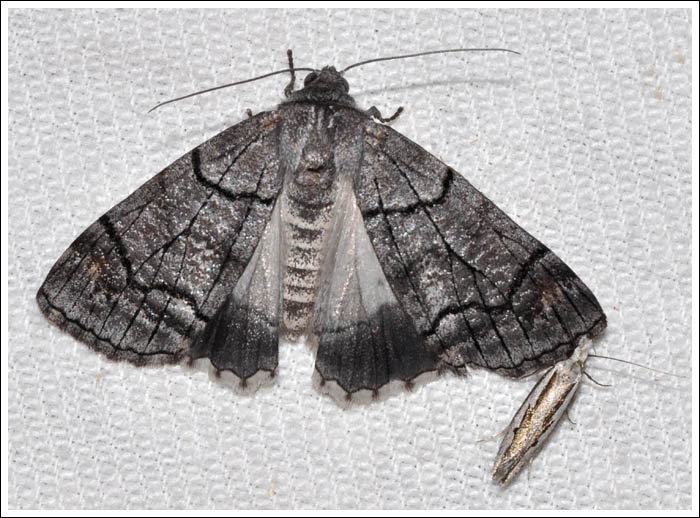 Small moths were the most numerous and included these two Tortricids, 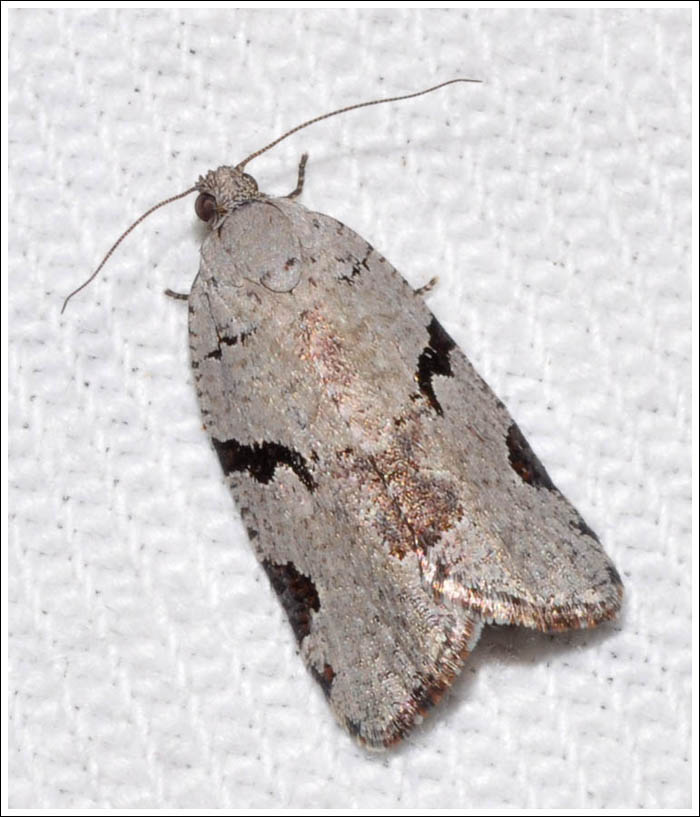 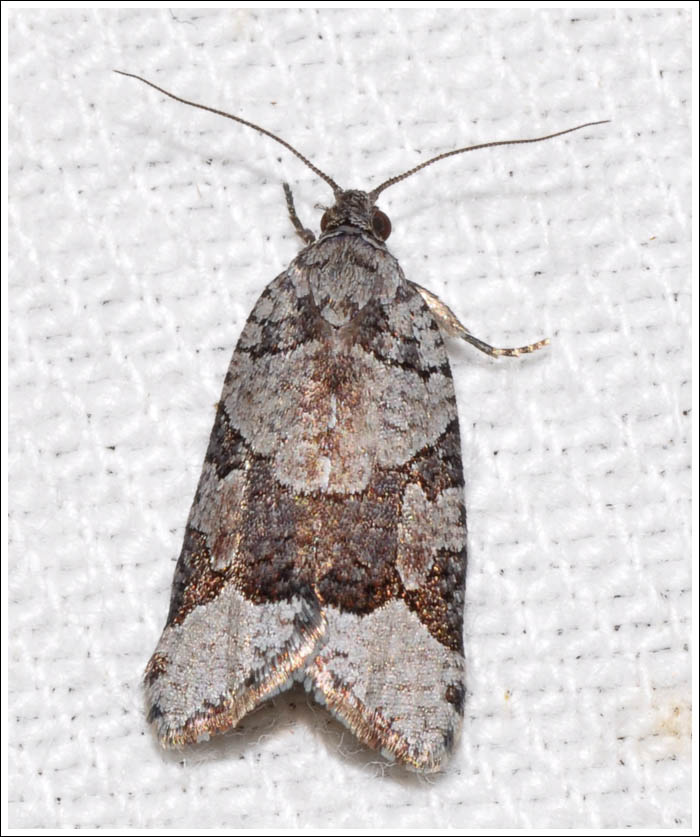 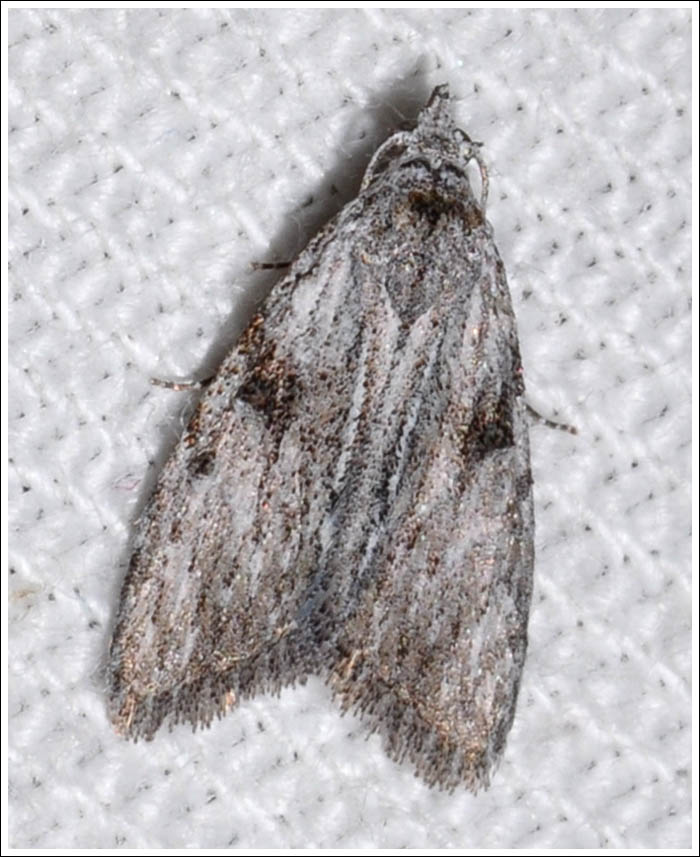 And to conclude, a rather worn little longhorned moth, Crocanthes micradelpha, (Lecithoceridae) The larvae, In common with many of the small moths feed on dead leaves on the forest floor, helping to recycle them and reduce fire risk. This mothing location has not been burnt for over sixty years, is very open, and the recycling of the leaf litter occurring due to abundant invertebrate life is an object lesson in the efficiency of the natural processes. 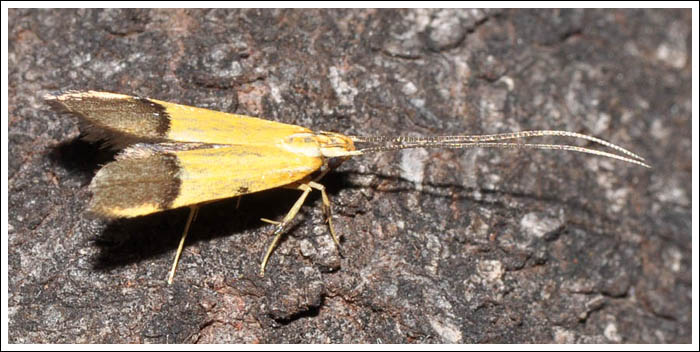