It was back up into the foothills and Gladstone Creek for this session. There had been some rain since the last visit, and the vegetation was looking a lot fresher. There was some water in the pool beneath the cliff too, the birds would appreciate that. With the light shining soon after 6 PM, action was slow in beginning, in fact that was the story for the whole night, moth arrivals were widely spaced, but happily the quality was there with some good records. One of the early ones was a female Nisista, named in MOV 5 as sp. (1), Ennominae, Nacophorini. it was able to be photographed with wings closed and also widely spread showing the hind wings. 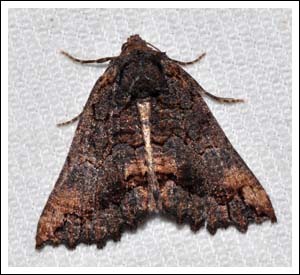 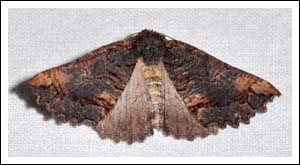 Another in the same group was Cassythaphaga macarta, the Cassytha Cape-moth, an autumn flying moth that was photographed at the same location just twelve months ago. The habitat must be to its liking. 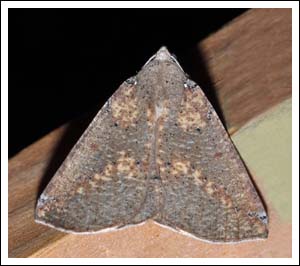 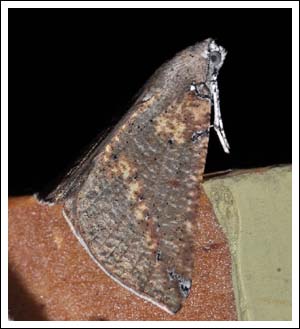 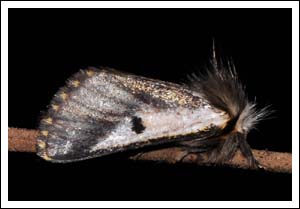 At the risk of being repetitive, Hylaeora eucalypti, the Gum Rough-head, Notodontidae,  is another moth that likes this tall-forested area. This pristine individual landed on the ground sheet from where it was moved to safer surroundings. 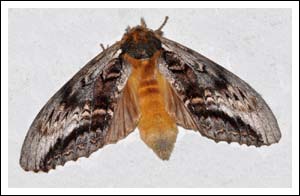 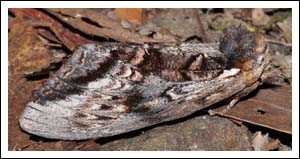 And this is the feature that gives the moth its common name, quite beautiful in closeup. 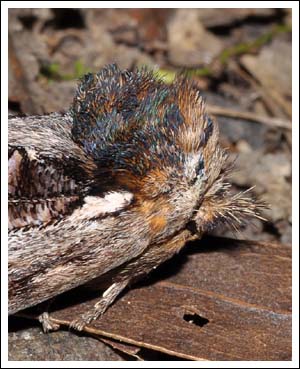 Rhinodia rostraria, the Necklace Geometrid, Ennominae, Caberini, flies for nine months of the year with April the last before winter. It is a moth that often holds its wings vertically and that can make for a nice photo. It can be quite a wait for it to spread its wings enough to photograph the upper surface. 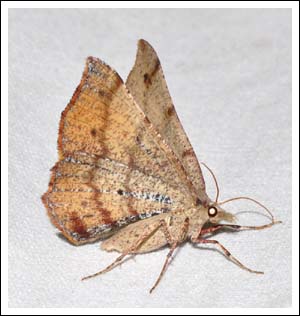 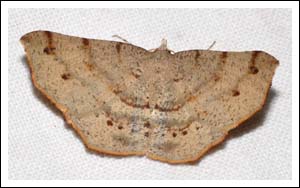 This Noctuid was spotted low down on the stand behind the sheet, at the moment its identity is under investigation. 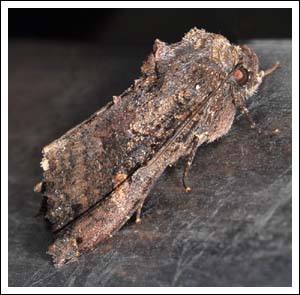 The Epidesmias, Oenochrominae,  are also known as triangular moths for obvious reasons. this is Epidesmia tryxaria, the Neat Epidesmia,  showing the dark palpi that are a distinguishing feature. 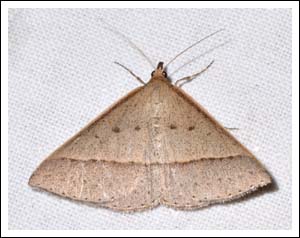 All the moths photographed can be seen here.

Click images to enlarge.
References and further reading, Moths of Victoria Volumes 2,4, 5, and 7.

The end of March saw the light shining in the Glenmaggie box/ironbark bush, with only a short session possible before a change with strong winds was due to arrive. Arrive it did, but there was still time to get some interesting moths before the retreat from under the trees. Doratifera oxleyi is one of the cup moths in the Limacodidae family. More than half a dozen fat females came in to flap around on the groundsheet. 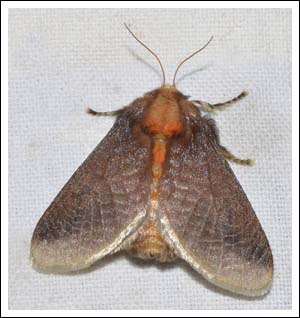 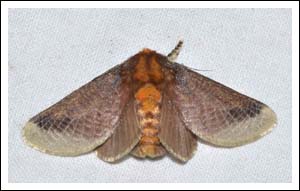 Females seem to be much more common than than males, (P Marriott pers. comm.) this was certainly the case with just one small male low down on the sheet. The larvae of this moth feed on eucalypt foliage. 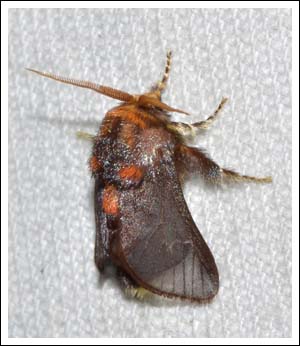 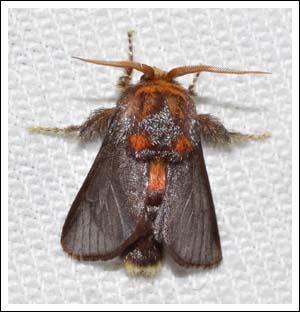 The other species to come in in numbers was Spilosoma glatignyi, (Arctiinae) the Black and White Tiger Moth, the larvae of which feed on many types of plants, all were females. 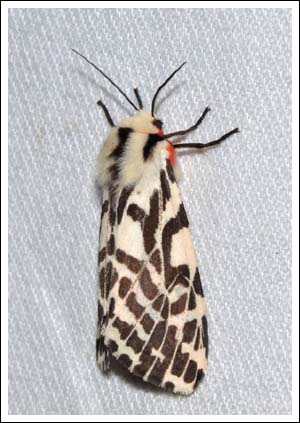 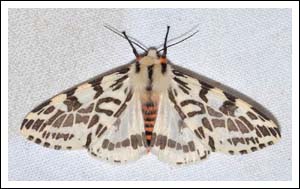 Emeralds were scarce, one male Golden-fringed Emerald, Chlorocoma assimili (Geometrinae) came in. This is one of the emeralds with a dorsal line. 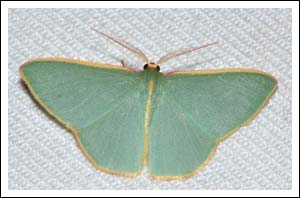 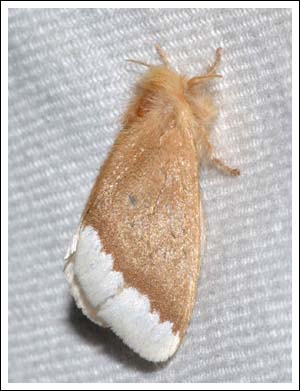 Anthela ferruginosa (Anthelidae) seems to be a specialty of this site, interestingly all records have been female. 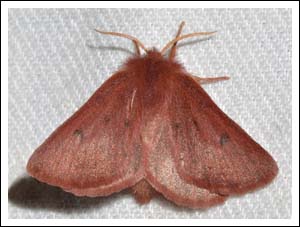 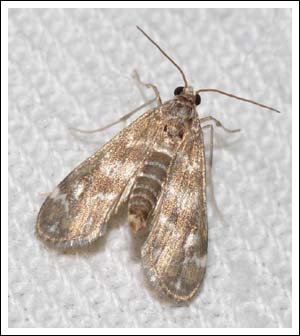 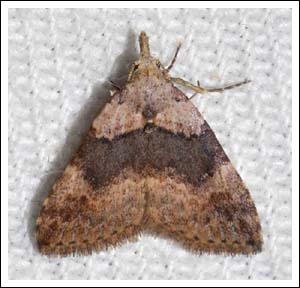