A warm night was characterised by the large number of small moths to the light with a relatively small number of larger species coming in. The most spectacular of the latter was a female Showy Geometrid, Niceteria macrocosma, (Ennominae, Nacophorini.) 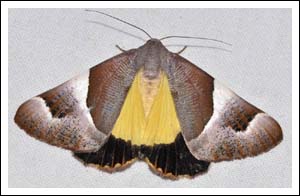 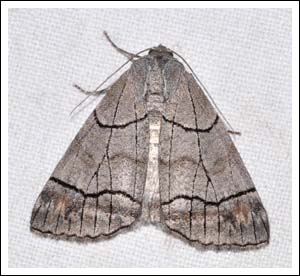 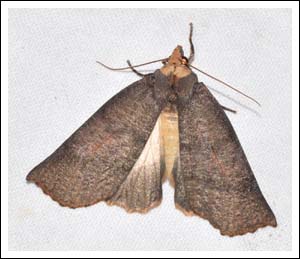 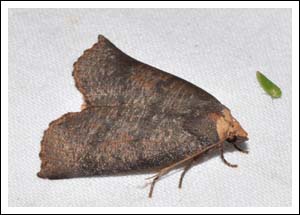 The Jagged Bark Moth, Lipogya exprimataria, (Ennominae, Boarmiinae) was still on the wing and in larger numbers following last months sightings. The larvae apparently feed on the foliage of Exocarpos species, this male, one of several, was photographed on an E. cupressiformis. 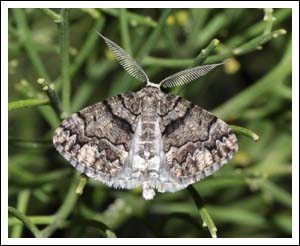 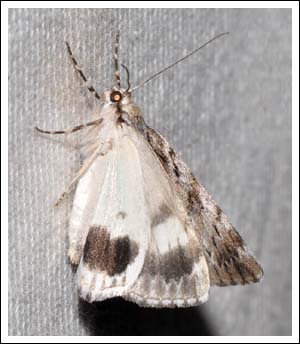 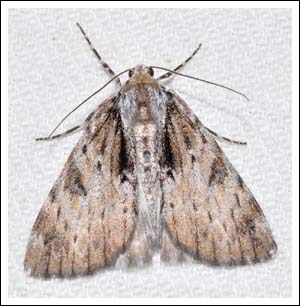 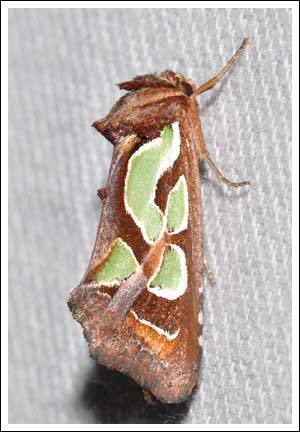 The Gum-leaf Skeletoniser, Uraba lugens, (Nolinae) is a common moth in the forest, the larvae are known as hatted caterpillars as they retain their old head capsules attached to the new as they grow and moult. 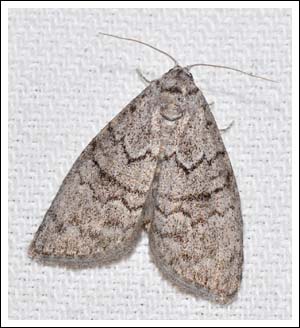 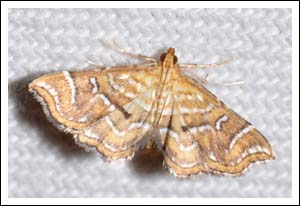 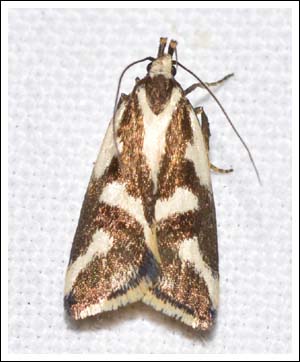 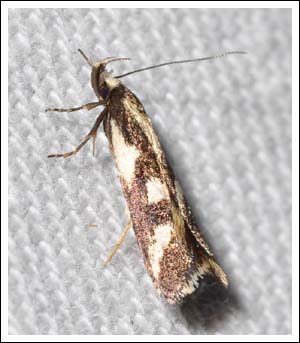 More moths from the night can be seen here.