This post illustrates the last of the moths in the Lithosiinae sub family photographed locally, beginning with the genus Philenora. 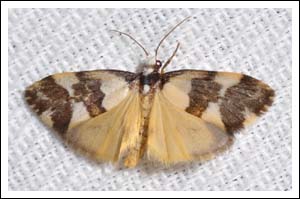 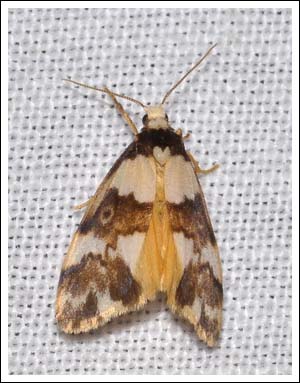 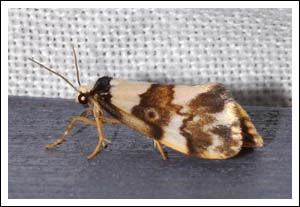 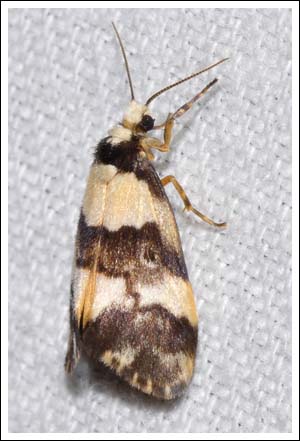 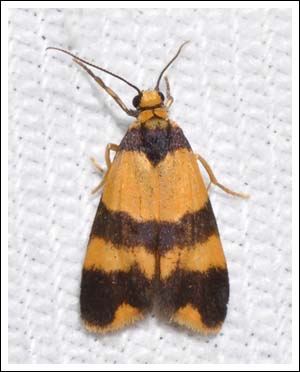 Two species of the genus Asura are found in Victoria, the larvae are lichen feeders. 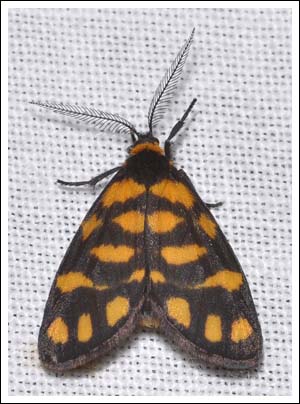 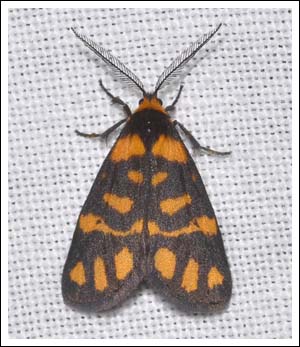 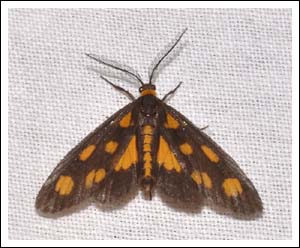 Not all the moths in this group have been given the title Footman in the common name, this post begins with another two that have.

The Clouded Footman, Anestia ombrophanes, male, the female is wingless. 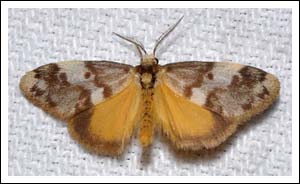 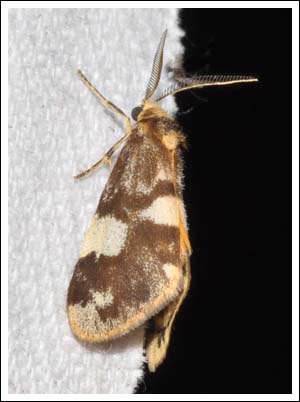 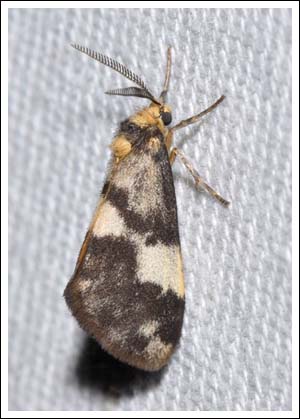 Moths in the the genus Halone are named thus. 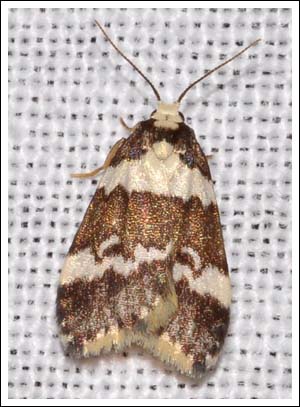 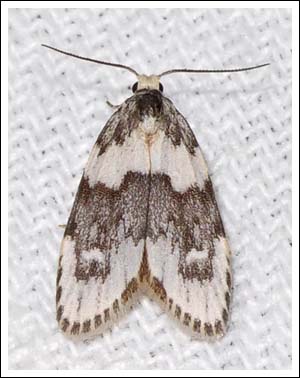 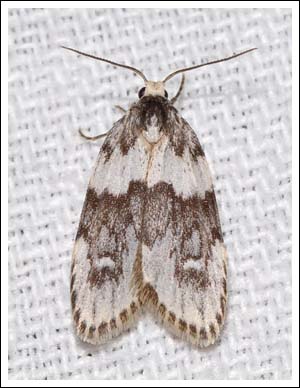 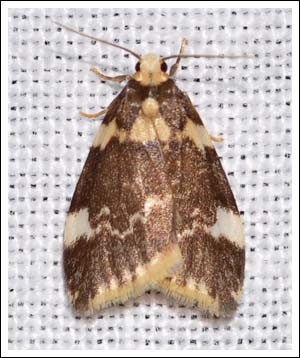 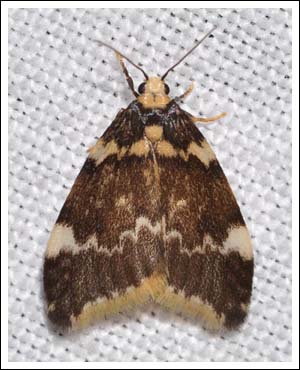 To conclude this second last post on the Footmen, a moth similar to the Halones that has not yet been given a common name, being known in MOV 2 Vol. 2 as Scaphidriotis sp.(1) It is a male moth with the characteristic thickening of the antennae bases. 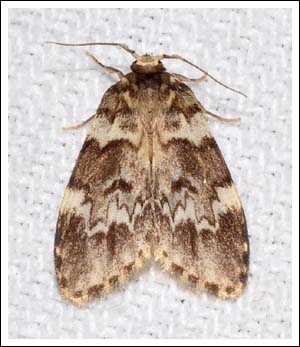