While walking around the garden with the camera, this came into view on the trunk of a White Brittle Gum, Eucalyptus mannifera ssp. mannifera. 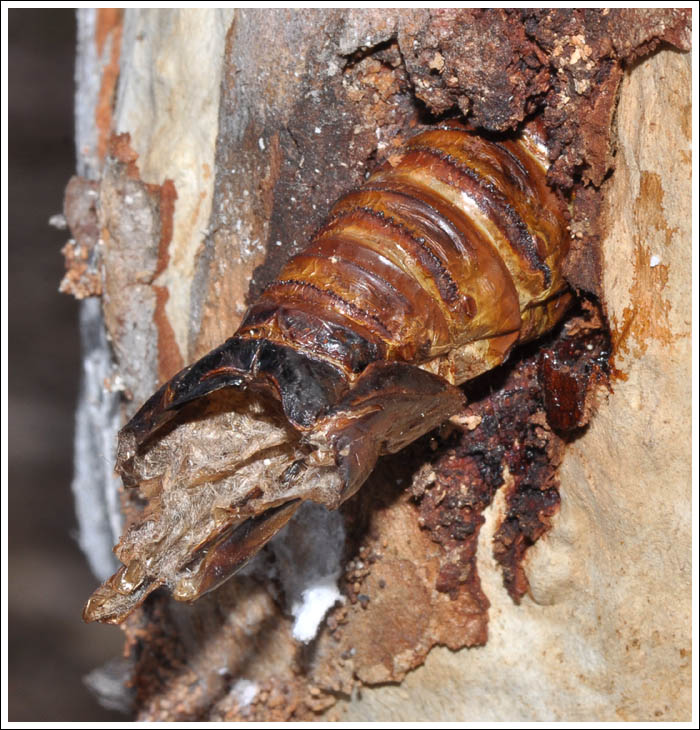 And extracted from the hole that went in about 75 mm and then rose vertically. 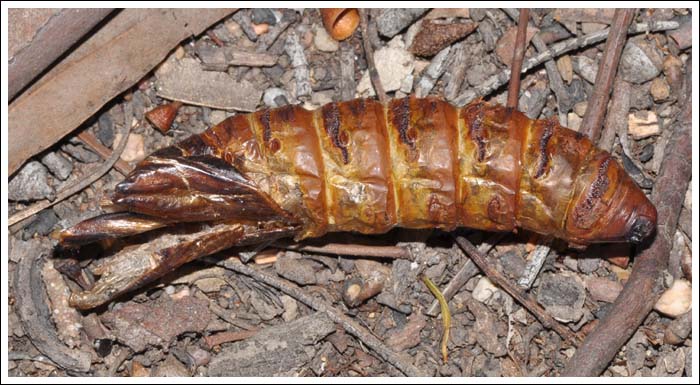 Two months ago this post showed a pair of Endoxyla lituratus, (Cossidae). The larvae of this moth are said to be wattle tree borers, but it seems possible that the Brittle Gum may have been the origin of at least one of the moths.

A few plants of the many coloured forms of Xerochrysum bracteatum were grown this season for colour, and to attract butterflies and other insects for the camera. A check of them yesterday produced a tiny moth, approximately four millimetres long. Details of such a small moth couldn’t be seen until the photographs were up on the camera and computer monitors, and what a surprise they were. This moth is the Small Thistle Moth, Tebenna micalis, Choreutidae. The larvae feed on plants in the Asteraceae, or daisy family. Images two and three show that the moth is nectaring. Edit, just a week later another plant produced a second moth. 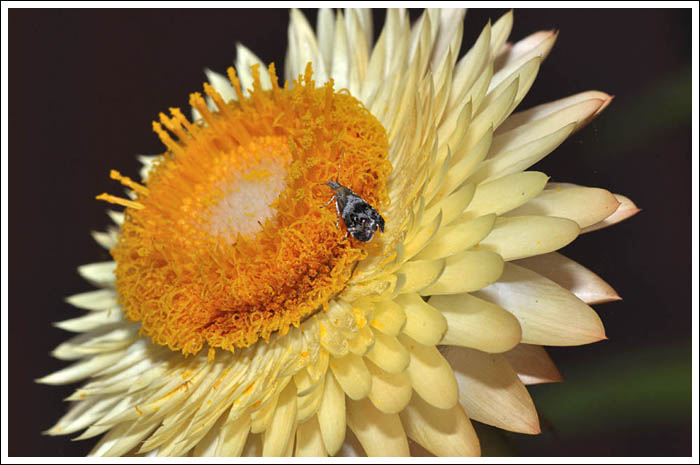 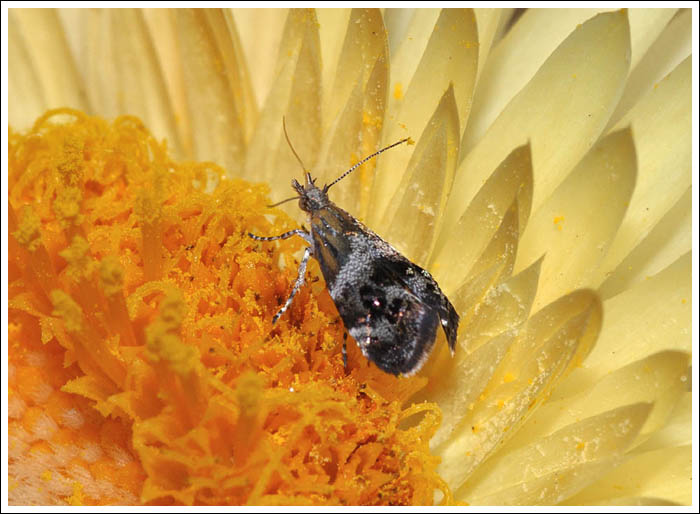 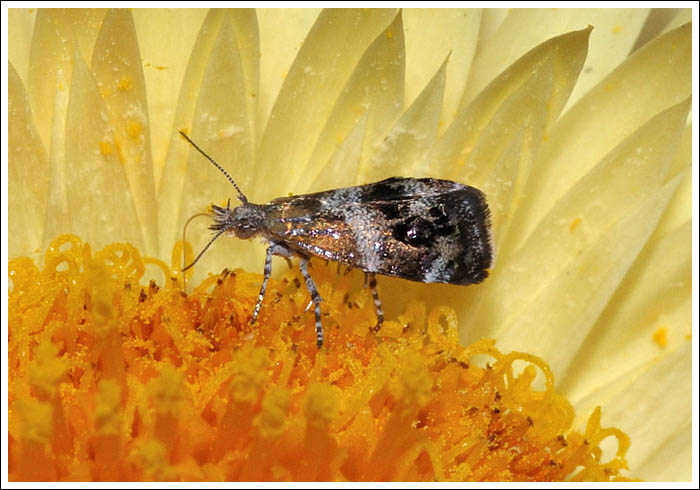 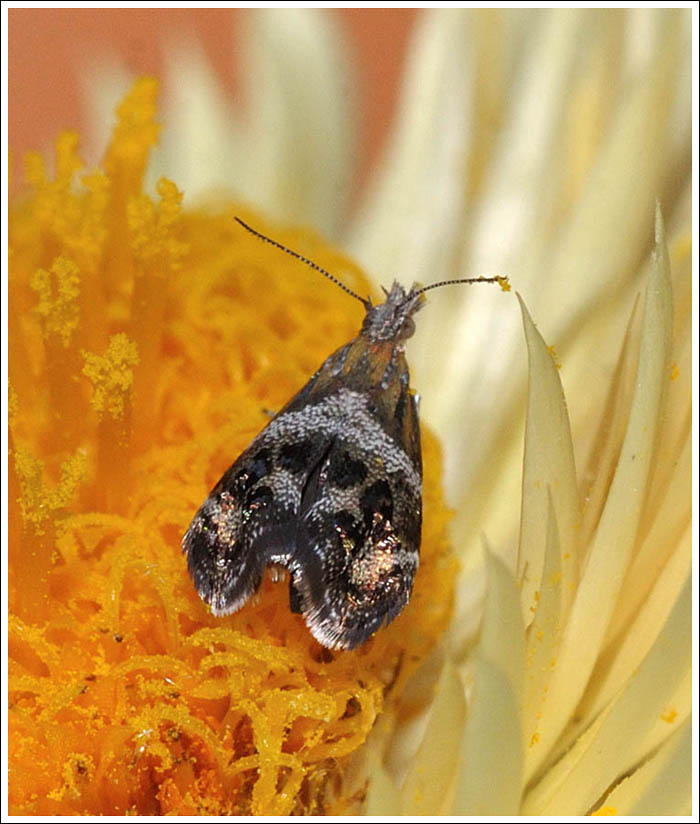 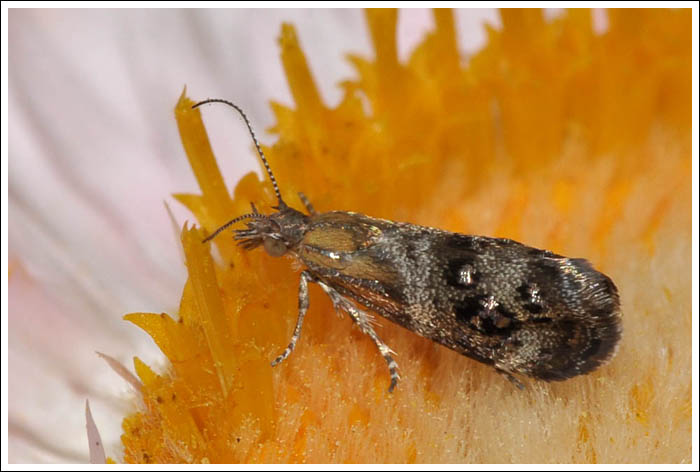 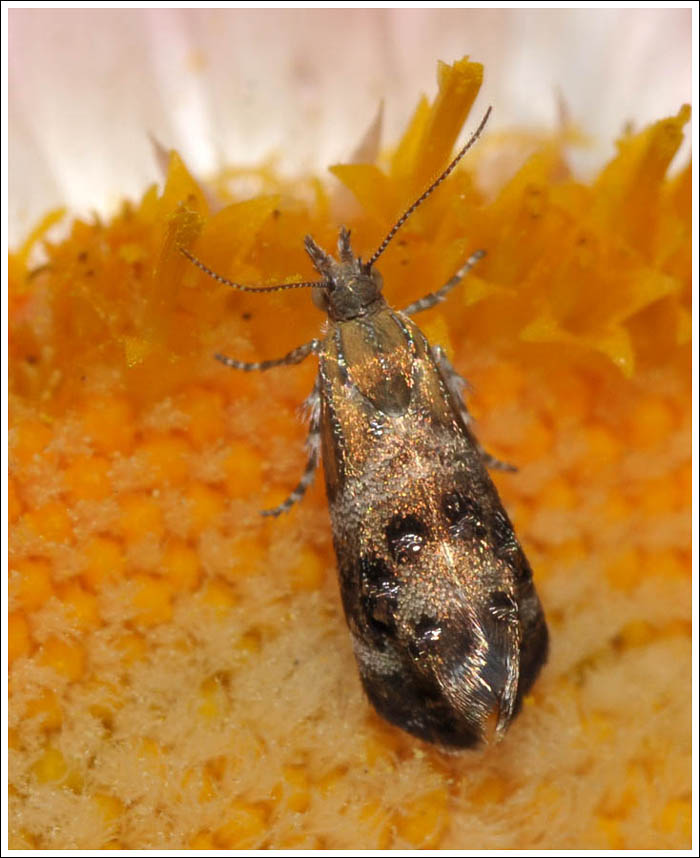 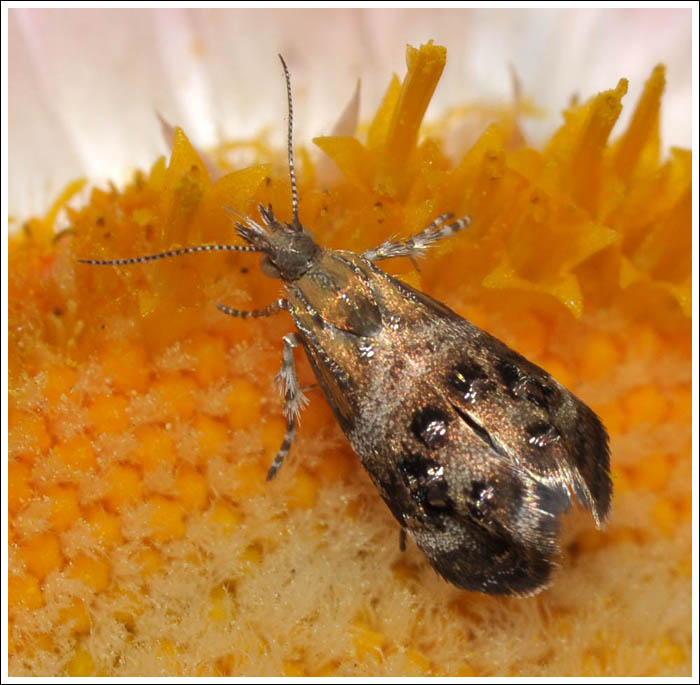