This genus of attractive moths in the Notodontidae has eight representatives in Victoria, five named, and three to which names cannot be confidently applied, they are designated sp. (1), (2), and (3) in  Moths of Victoria Vol. 2 second edition, and of the eight, six have come to the light locally.
Of the other two, E. melanosticta is of more northerly distribution, and sp. (3) is alpine. In my reference, MOV Vol. 2, they are divided into two groups, white-winged and dark-winged. The larvae feed on plants in the Myrtacaea, eg. eucalypts, callistemons, leptospermums, kunzea, etc.

My first encounter with the genus was in April 2008, when a female E. melanospila came in soon after I became interested in moths, the  female is significantly different to the male, below. 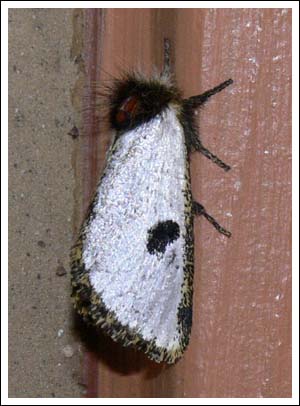 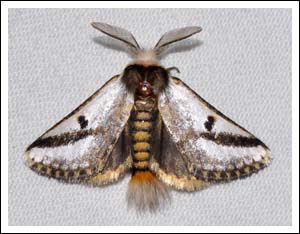 Species (1) and (2) are also in the white-winged group, sp. (1) was photographed in tall forest by Gladstone Creek south of Mount Moornapa in April 2012, and sp.(2) in the same location in April 2016. Both are male moths. 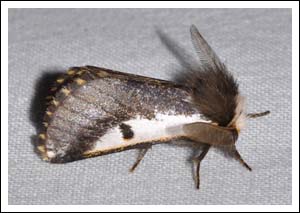 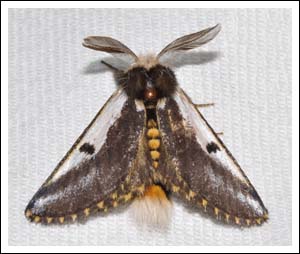 First in the dark-winged group is Epicoma contristis, The male was recorded in box/ironbark bush at Glenmaggie in March 2016, and the female with the smaller antennae at Holey Plains State Park in January 2014. Note the diffuse dark area around the yellow discal spot. 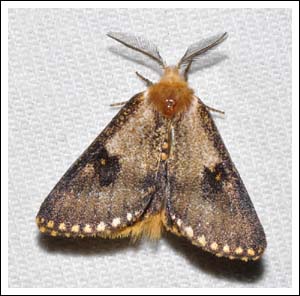 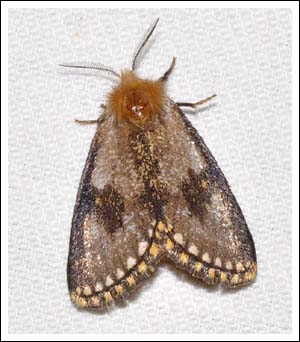 Epicoma tristis is a similar moth but the dark area around the discal spot is more compact, and the antennae are larger and more spectacular. Both males were recorded in Providence Ponds Reserve in November 2013. 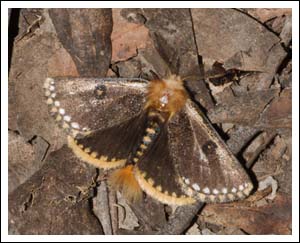 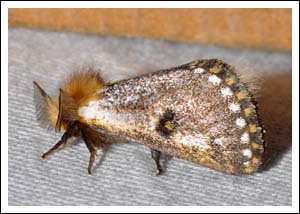 Thirdly in this group is Epicoma pontificalis, in March  2016 several females came to the light at Providence Ponds in taller stringy forest on the eastern boundary track. 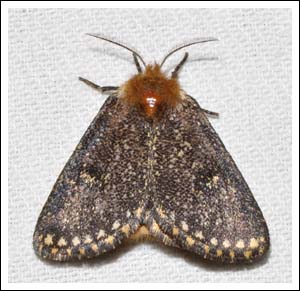 Identification of these moths can be tricky, MOV 2 is the essential reference, the MOV series is the source of all names used in these posts.
Thanks also to P Marriott for information and identifications.

This reserve lies midway between Sale and Bairnsdale, and a number of surveys in the central block have proved it to be a significant site for moths. Much of this section of the reserve is composed of low sandy rises while the north east corner has heavier soil. The upper reach of the Perry River defines the western boundary, while the centre block is bordered on the north by the railway reserve that is an important refuge for the endangered grassy plains flora. Grazing land abuts the outer perimeter. The tree cover includes at least five species of Eucalypt – pryoriana, globoidea, consideniana, radiata, tereticornis, and polyanthemos, Acacias – mearnsii, dealbata, and implexa, Banksia serrata, Exocarpos cupressiformis, and Allocasuarina stricta. Lower understory shrubs include Kunzea ericoides, Banksia marginata, Callistemon citrinus, and Acacia oxycedrus, there is heathland flora including Zieria veronicea, a chain of sedge wetlands, and populations of the endangered Rulingia prostrata.  In summary, varied vegetation types able to support many classes of moth. Much of the reserve is accessible by two wheel drive vehicles, but loose sandy areas require four wheel drive. With the lessening of rainfall from easterly lows over the last two decades, the Perry and the wetlands are now usually dry. The rare New Holland Mouse has been recorded in Providence Ponds reserve. 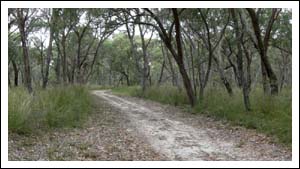 Some interesting and/or unusual moths from Providence Ponds, click to enlarge.

The Tasmanian collection notes for Nola epicentra, (Nolinae) indicate it was taken “in dunes”, and in MOV 2, 1st  edition, Peter Marriott predicted it would be found in similar habitat in Victoria. In February 2012 and March 2013 specimens came to the light in Holey Plains State Park and Providence Ponds respectively, both locations with extensive areas of sandy rises. More up to date information can be found in MOV 2, 2nd edition. 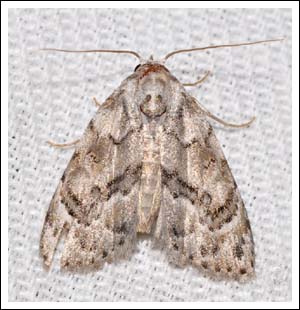 A session in March 2012 set in Banksia serrata country, again on a sandy rise, resulted in Prionopterina grammatistis, (Hypeninae) coming to the sheet. 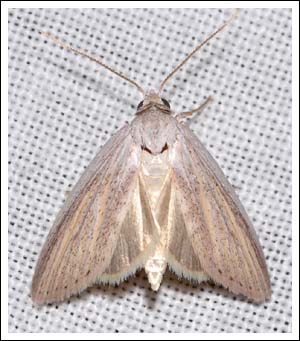 Middletonia suavis, (Nacophorini) was another visitor on the same night. 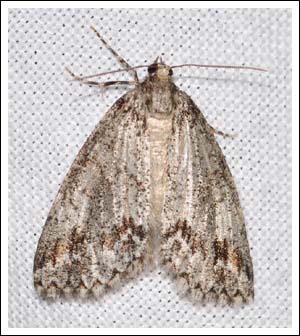 Deigmoesta lithososma, (Oecophorinae) is a very small moth with a wingspan of about 20 mm, quite spectacular in its colour and patterning. It was recorded in October 2014. 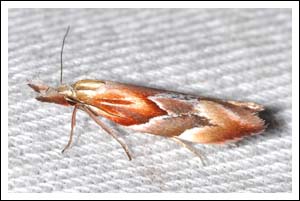 Phytotrypa erythrotaenia (Oecophorinae) also came in, another small moth and the record could possibly have been the first for the state. 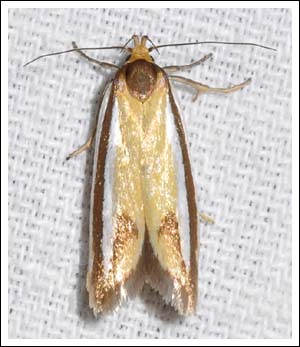 Monoctenia falernaria, (Oenochrominae) is a much larger moth that occasionally can be quite tattered, but this one was in pristine condition, March 2012. The antennae of Monoctenia are unipectinate or feathered on one side only. 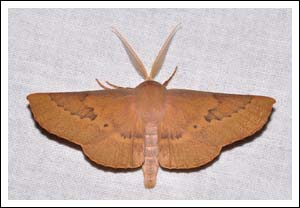 There are two more species of Monoctenia, M. smerintheria, and Monoctenia. sp. (1), a nice specimen of which was recorded at the Ponds by the Bioscan team in March 2015, photo courtesy of P Marriott. 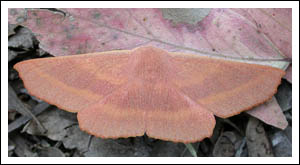 Finally, Epicoma tristis, (Notodontidae) one of the many attractive Epicomas, a feature of this species is its luxuriant antennae. November 2013. 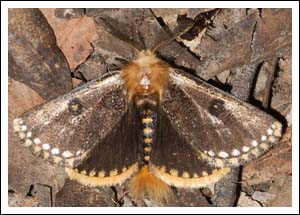 NB. collecting in the reserve is prohibited without the appropriate authority.

References and thanks to
P Marriott,
M Hewish,
The Moths of Victoria series, published by the Entomological Society of Victoria.