A cool night with close to a full moon and a light breeze was not ideal, but a couple of hours saw a reasonable selection come in to the light. The first was one of several Crypsiphona ocultaria, the Red-lined Geometrid, a common but very neat species. (Geometrinae.) 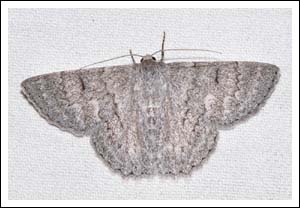 Another early arrival to the sheet situated near a big grevillea, was the Hakea Wine Moth, Oenochroma vinaria. (Oenochrominae) As the name suggests, the larvae of this moth graze on plants in the Proteaceae. 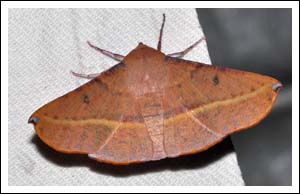 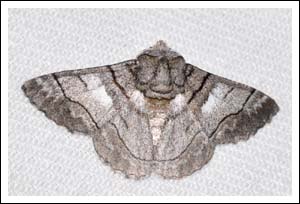 The biggest surprise for this session in the garden was a female Lucas’ Stub-moth, Discophlebia lucasii,. (Oenosandridae) It preferred to land on a rusty weight stabilising the rig against the breeze, where it was well camouflaged. 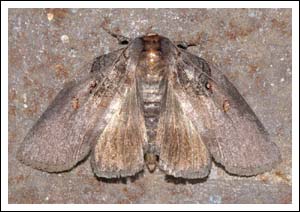 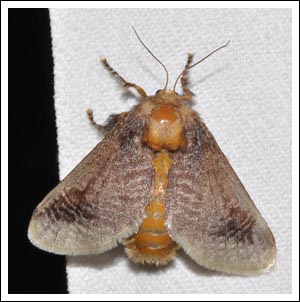 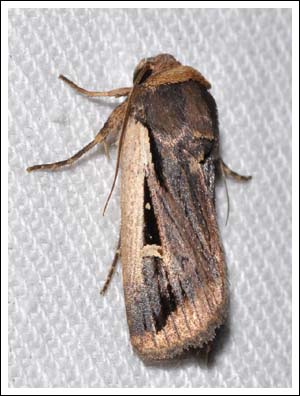 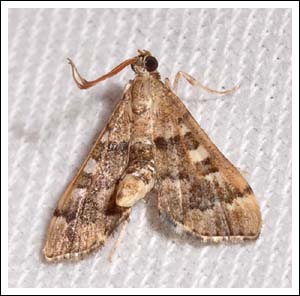 Among the smaller moths to come in were these two Tortricids, Epitymbia scotinopa, and an unidentified species. 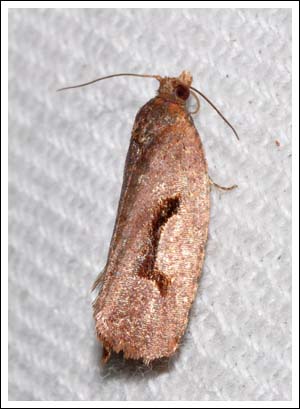 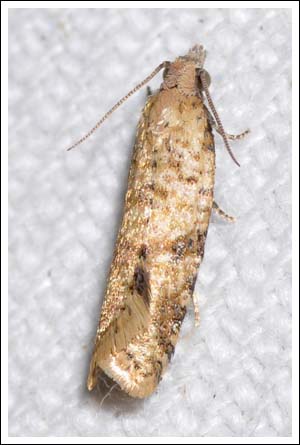 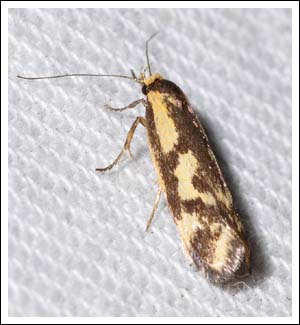 Gladstone Creek drains the country south of Mount Moornapa, as may have been mentioned previously, and the vegetation is tall forest with an understory along the creek of species including Pomaderris aspera, Prostanthera lasianthos, and Elaeaocarpus reticulatus to name just three of the most obvious. Many mothing sessions have been conducted there, and it is always interesting to observe the same species from this particular vegetation mix come to the light in season. There is though, always the possibility of something new and/or out of the ordinary turning up, and that was the case on this outing. This time of the year inevitably sees many Elhamma australasiae (Hepialidae) come in, this male was photographed away from the sheet. 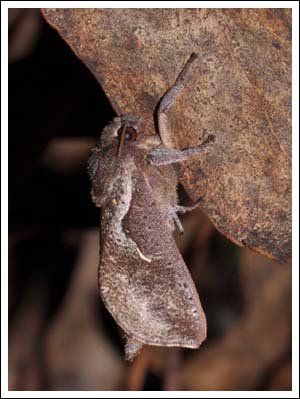 Austroterpna sp. (1) (Geometrinae) has been an uncommon local record, although MOV 4 notes that it is widespread in forested areas. At the moment a specific name has not been able to be allocated with certainty. 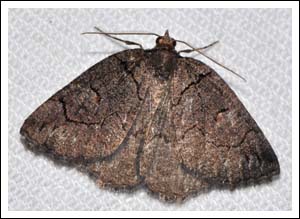 Emeralds are always nice to see, also from the Geometrinae is this female Chlorocoma carenaria, the aptly named Veined Emerald.

Staying with Geometrids but moving into the Oenochrominae, this is a very fresh female  Dichromodes mesogonia, the Banded Heath Moth. 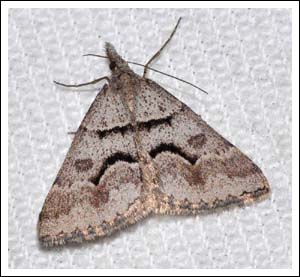 And at the other end of the size scale, Monoctenia sp. (1), a first record here. 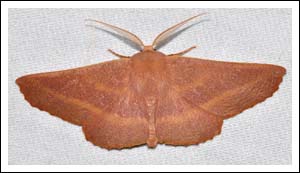 Taxeotis species are common in the forested areas, this unusual specimen of the variable Taxeotis sp. (1) was a good find. Its tattered left side wings were digitally repaired for the image. 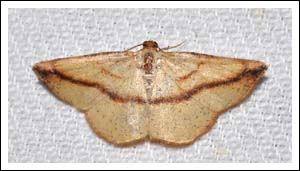 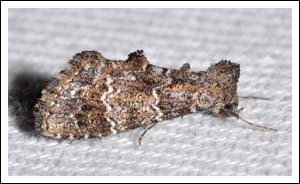 Smaller still is this Thema endesma, (Oecophorinae) spotted and photographed on a Pomaderris leaf close to the light. 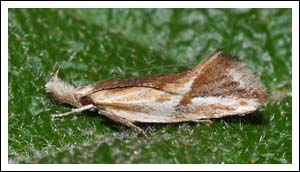 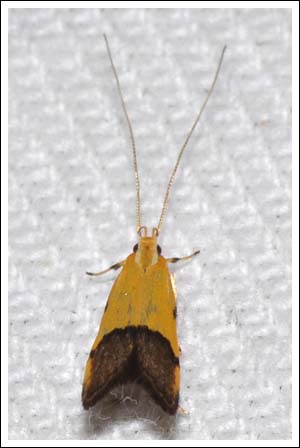 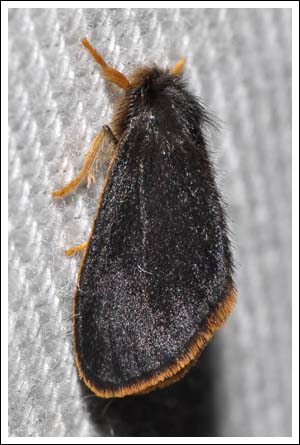 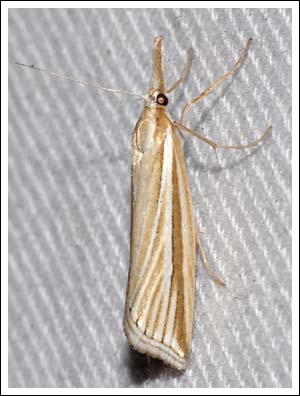