While out in the garden a tiny winged creature landed on a leaf, closer inspection showed it to be the Stathmopoda species that has been the subject of previous posts. The subsequent photo was one of the best so far obtained, the pollen grains show it has been feeding in the Xerochrysums. 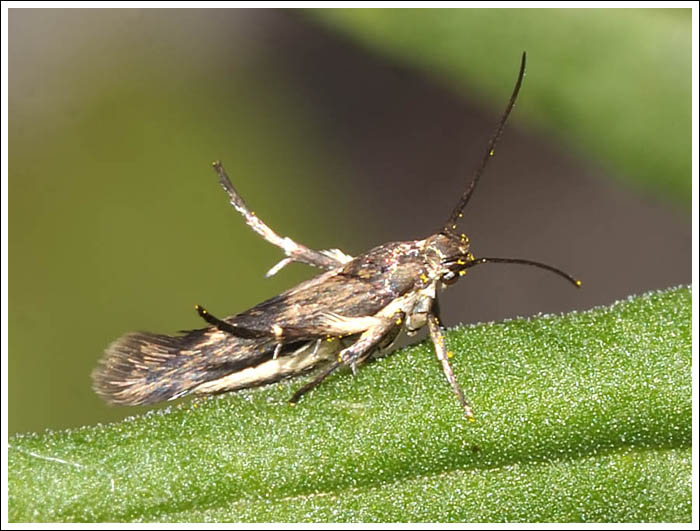 A warm night saw the light shining, small moths and a variety of Noctuids were the main arrivals. Agrotis ipsilon, (Noctuinae) is an agricultural pest world-wide, attacking a variety of plants, including in the garden, tomatoes and strawberries. 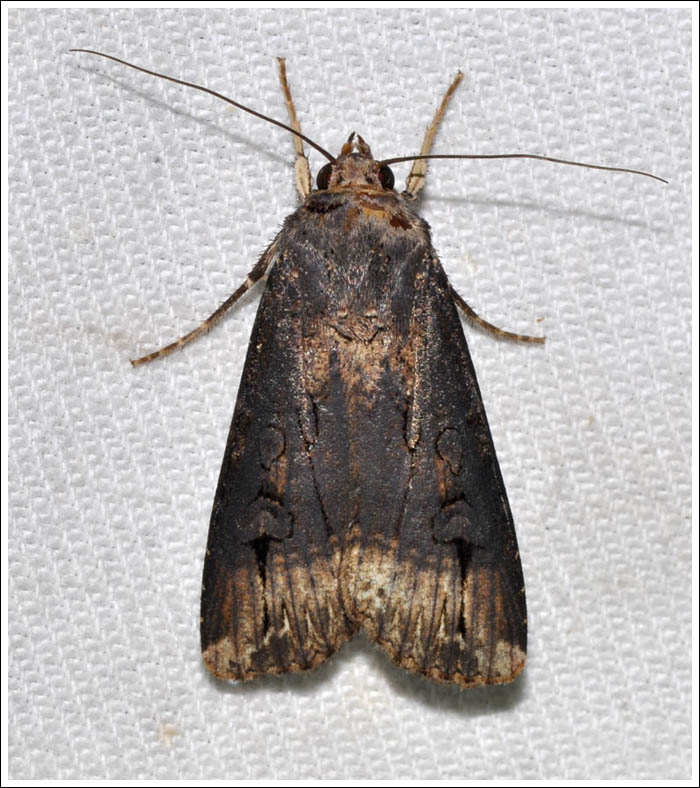 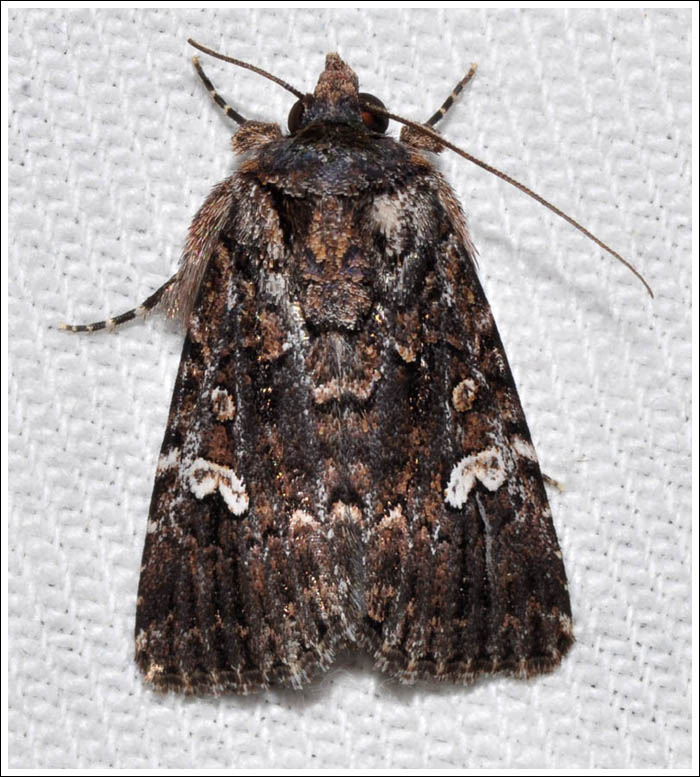 Two more whose larvae can cause problems for the home vegetable grower, both from the Crambidae. First, the Eggfruit Moth, Sceliodes cordalis, (Spilomelinae) this one has a special liking for plants in the Solanaceae, eg. aubergines and tomatoes, boring into the stems and fruit. 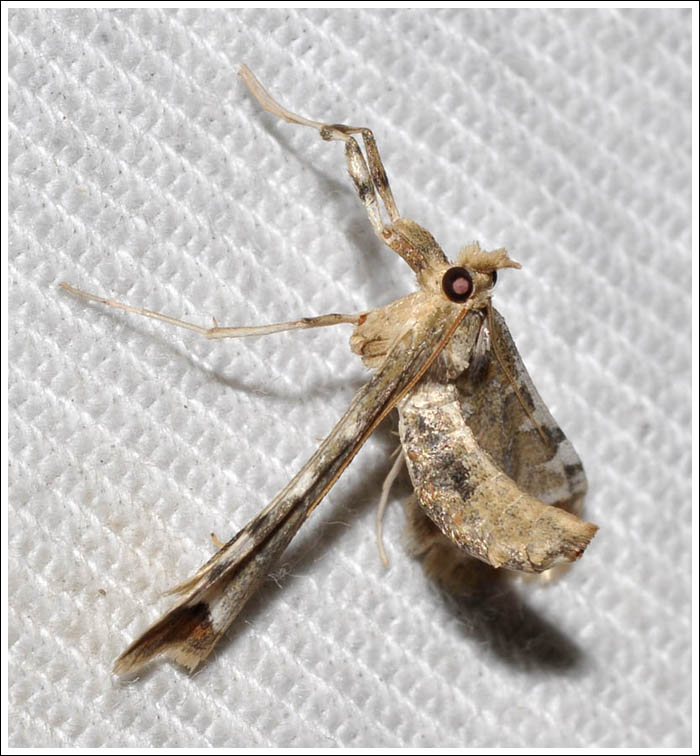 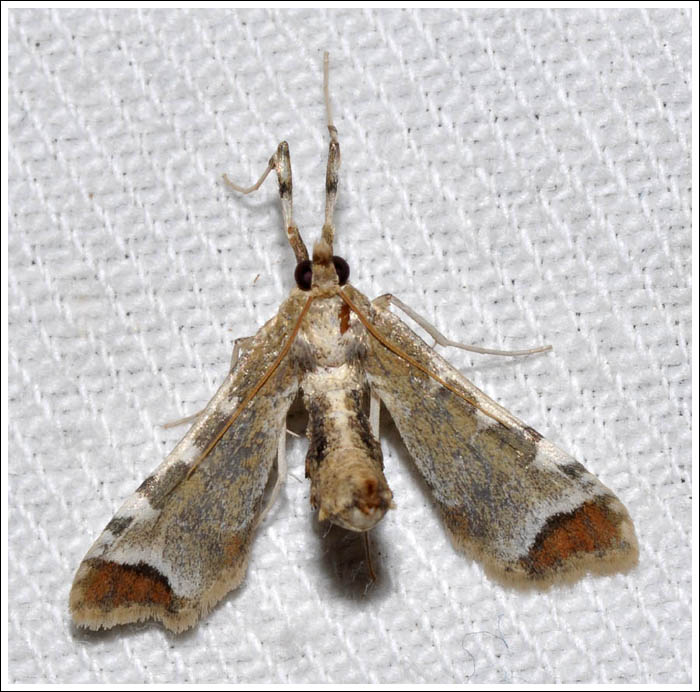 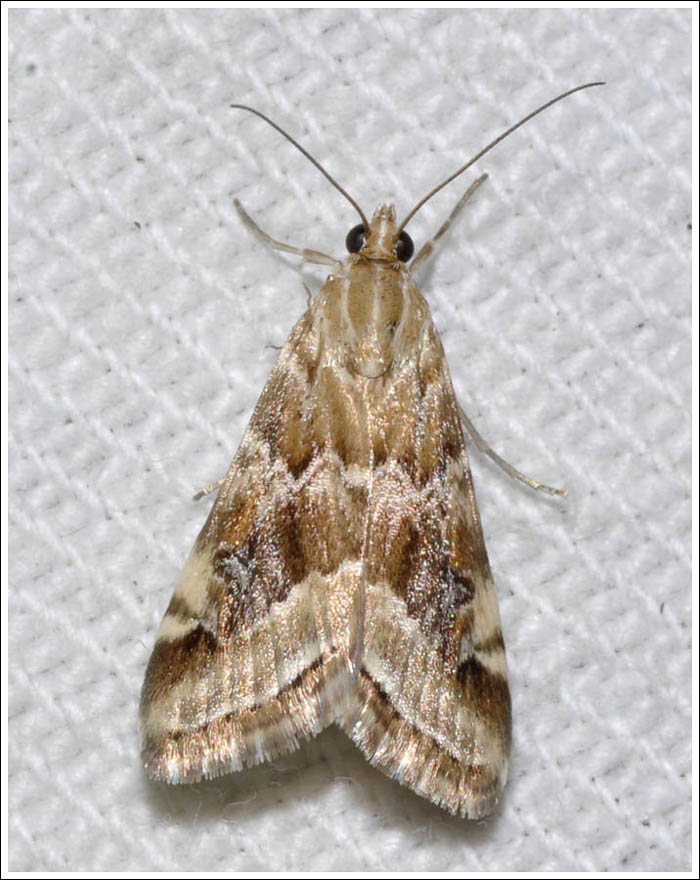 A little moth that may be beneficial, in that the larvae may feed on scale insects,
Mataeomera ligata, (Acontiinae) 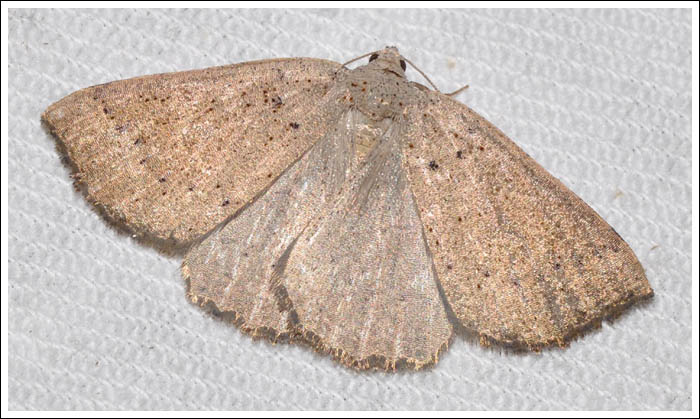 An album of recent Noctuids to the light may be seen here.